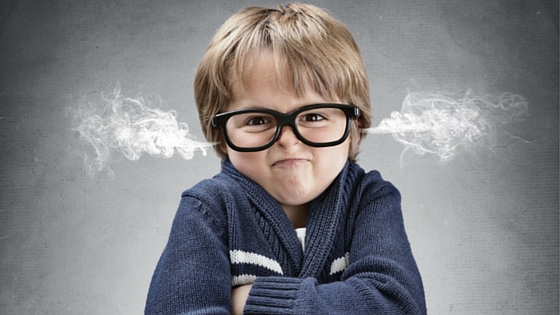 Recently a student declared that she had anger issues. What exactly did that mean for her? “Well” she said” I often get triggered and then I act in an aggressive way. I have had three marriages, and they all ended because of my anger issues.”

As we explored together, it became clear that the surface issue was anger. However, in all her relationships, she had gone through a courtship phase, without the aggressive, reactive, or “explosive” behavior. So it became clear that under certain circumstances she could be in control of her anger.
There is a lot of confusion about anger. Not commonly understood, is that anger is a secondary emotion.
So what are primary emotions that could “lead’ us to feel angry? There are many, and the reaction is also based on the interpretation of the situation.

For example , if I were to interpret a comment which was meant as a compliment , to be sarcastic and judgmental –it would lead to feelings of hurt, fear ( “I can’t trust this person”, “ I don’t feel safe with this person”), confusion, sadness, anxiety, resentment, etc. Likely, the interpretation itself would be based on past experiences, self-image and self-esteem, old beliefs about how safe and secure I am in the world, and my sense of personal power.

The pain which arises in a current situation, most often relates to other painful situations in the past. The painful experiences of the past, which could not be processed, or expressed become part of our “emotional archives”. We store these memories in such a way to try to ensure that we can try to avoid similar feelings in the future. When we were in a powerless situation (such as when we are young, or in a work environment with little control or power) we are much more likely to “store” the pain in those situations , since there was no avenue for us to express our feelings ( talking to someone, protesting , or asserting ourselves (eg “ stop”, “this is uncomfortable”,” don’t do that”,” if you keep doing that I am going to leave” etc.)
When we cannot deal with pain in the past, we will develop defenses to try to “protect” ourselves from similar experiences in the future. Of course this strategy is doomed to fail, because sooner or later a situation will arise and the old wound is torn open again.
When the old would is reopened and the pain is felt, we will try to stop it as soon as we can. So we the use anger as way to try to stop what we identify as the source of the pain. Since the other person who said or did something that felt hurtful –which immediately tapped in to the old unresolved pain- we want to hold them responsible. Even if the other person apologizes, the old pain remains unresolved. In this way we try to maneuver through life with anger as our “go to” to protect our wounds.
So the issue is not so much uncontrolled anger, as much as unresolved pain. Loneliness, abandonment, fear, grief, abuse, failure, disappointment, betrayal, rejection (offered as examples of many other possible painful experiences that haven’t been expressed).
Once the real issue(s) has (ve) been identified, we can constructively attend to the healing process vs destructively avoiding healing. If we don’t stop avoiding the painful feelings we will continue to be destructive. The destructive patterns of blaming, shaming, judging, criticizing, condemning, and often angry actions and words spoken in anger perpetuate suffering and create even more conflict.
So the anger issue is really about unresolved pain. Someone said “If you won’t feel it- you won’t heal it”.

To claim the life that is rightfully yours, it falls to you to pay attention to and work to heal the wounds and the pain from the past. Otherwise you deprive yourself of happiness, contentment, joy, and love.

Are you finding yourself not dealing well with anger issues in your relationship?

How CEOs can Prevent Divorce from Wrecking their Lives – FREE AUDIO

"As a surgeon, I was desperate to find a way to cope with my divorce. My confidence was undermined. My performance in the operating room, and my interactions with patients, staff and colleagues were all deteriorating. Fortunately a friend recommended Nick’s work. The process started getting easier almost right away. The difference between where I am now vs where I started from is like night and day." — CEO Divorce Support Client